“Government is instituted for the common good; for the protection, safety, prosperity, and happiness of the people; and not for the profit, honor, or private interest of any one man, family or class of men.” -Massachusetts Declaration of Rights, Article 7. 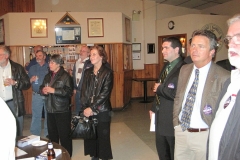