Paul Mark,  candidate for state representative in the Second Berkshire district, has received the endorsement of the Berkshire Central Labor Council.

The Council is a coalition of Berkshire County unions with 45 representatives from more than 25 trade groups. The organization recently hosted a forum, and voted to endorse Mark after brief speeches and a question period from each of the candidates who were present.

“We need somebody in the legislature who will be tough and honest, and Paul has those qualities,” said Herb Scholtz, a council delegate from Ironworkers Local 12.

“It is a great honor to receive the endorsement of the Berkshire Central Labor Council,” stated Mark. “The delegates recognized that nobody in this race will fight harder to improve the quality of life for working families in our district and throughout Massachusetts.”

“The unanimous endorsement of Paul, based on his experience and personal convictions, means that he’s the candidate of choice for organized labor,” Jerome F. Moran, a delegate from the UFCW Local 1459.

The endorsement comes on the heels of Mark receiving the support of Mass Nurses Association, Teamsters, and UAW, which represent diverse trades including ambulance workers, truck drivers, and graduate students.

Mark has also received an endorsement from MassAlliance, a coalition composed of 22 progressive groups. The organization’s member groups include state chapters of Sierra Club, the National Association of Social Workers, the National Organization for Women, and the Massachusetts Teachers Association, among others. 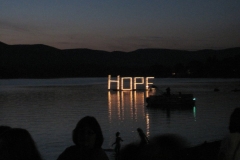