Hancock, MA – May 3, 2010 – Paul Mark, Democratic candidate for State Representative in the Second Berkshire District, has received the endorsement of MassAlliance, an umbrella organization composed of 22 progressive groups. The organization’s member groups include state chapters of Sierra Club, the National Association of Social Workers,
the National Organization for Women, and the Massachusetts Teachers Association, among others.

“Paul Mark has demonstrated his clear commitment to progressive values,” said MassAlliance director Georgia Hollister-Isman. “He is energetic and hard-working. He has what it takes to be a leader on Beacon Hill.”

The endorsement is a tremendous boost for Dr. Mark, as part of MassAlliance’s mission is to help candidates run successful grassroots campaigns.

“It’s hard to think of a better set of political groups to have the support of,” said Dr. Mark, upon accepting their endorsement. “Groups like Clean Water Action, MassEquality, and Young Democrats of Massachusetts fight on the frontlines for the little guy and for the public interest,” Mark said of the MassAlliance members. “I’m looking forward to working with them on the campaign trail.”

As an active member in the electrical workers union, he has the full support of the IBEW telephone and electrician locals.

Dr. Mark earned several college degrees, including a doctorate and a law degree, while working full-time for the phone company. He commuted from the Berkshires to UMass-Amherst, Northeastern and Suffolk Universities. Now he is running for the seat being vacated by current Representative Denis Guyer.

The Second Berkshire district includes part of Pittsfield and 21 towns in Berkshire, Franklin and Hampshire Counties.

Paul lives in Hancock with his wife Cassandra. 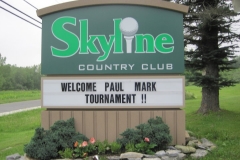